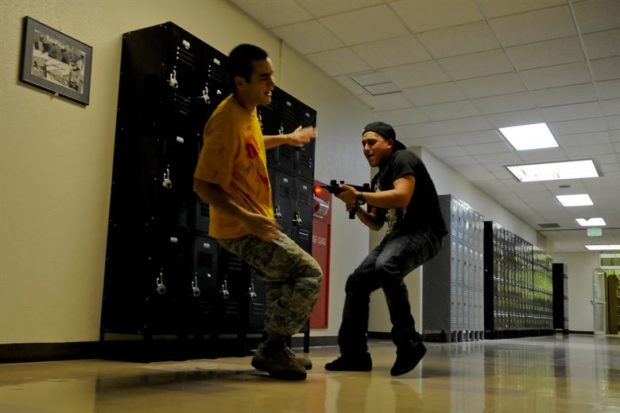 This is a guest post by my friend Ron Borsch, a retired police officer and trainer.  Ron is one of the most notable researchers in the “active killer” field and shares his thoughts on the issue.  In this piece, he discusses the multitude of motivations an active killer might have and shares his research on what traits all of these killers share.

What motivates a person to become a mass killer? Using reason and logic may only give us a headache as we try to deduce the motive of an unreasonable and illogical rogue human. It may not be any easier if he survives. Profiling such a rogue would be difficult for most.

Their motives can be as complicated as they are. Some surviving active killers have described a real or imagined wrong done to them, have claimed they were bullied or picked on.  Others may have been bullies themselves. Typically, all were selfish and over-reactive. These actual and or self-perceived nobodies, desiring recognition for notoriety as a “somebody”, often default to Rapid Mass Murder© for a significant body-count eerily similar to playing violent types of video games, with special fascination for the Columbine video game.

A small percentage of people are susceptible to the stimulus-response effect of regularly shooting “people” while playing hyper-realistic video games.  A 2002 US Secret Service study of forty-one individuals who had been involved in school shootings found that twelve percent were attracted to violent video games, twenty-four percent read violent books and twenty-seven percent were attracted to violent film.   Debate among scholars on both sides remains contentious, and there is argument about whether there is or is not consensus regarding the effects of violent video games on aggression. Still …..

Mass killers often share an obsession with violent video games: “… but the truth of the matter is that there is never one cause. There is a cocktail of multiple causes coming together… And so no matter what single thing we focus on… not one of them is sufficient to cause aggression. But when you start putting them together, aggression becomes pretty predictable”.

According to authors Lt. Col. Dave Grossman and Gloria DeGaetano in Stop Teaching Our Kids to Kill:

“… there is blame to be laid right at the feet of the makers of violent video games (called “murder trainers” by one expert), the TV networks, and the Hollywood movie studios–the people responsible for the fact that children witness literally thousands of violent images a day… offer incontrovertible evidence, much of it based on recent major scientific studies and empirical research, that movies, TV, and video games are not just conditioning children to be violent–and unaware of the consequences of that violence–but are teaching the very mechanics of killing…”

For more research on this topic, check out Grossman’s latest book: Assassination Generation: Video Games, Aggression, and the Psychology of Killing. 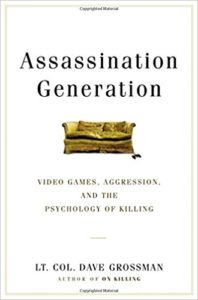 So what general facts do we know?  The varied databases of those studying “active shooters” tend to lump all sorts of criminal shootings together like oranges apples and carrots. This open inclusion inhibits narrowing discovery of similarities, patterns, locations and categories.

Words have meaning, so how can the same term have two totally opposed different meanings? The plain common sense meaning of active shooter is “One who shoots frequently”. Active shooter is neutral, innocent, absent any criminal meaning and a term including firearm practice for military, police, SWAT, and citizens shooting for recreation or competition. To mean anything else begs us to change the simple, common and proper English meaning. No wonder some say that an active shooter profile cannot be developed.

This poor English usage term active shooter is NOT interchangeable with active killer. By itself, the Active Killer term denotes both a crime, and includes murder by ANY means, (even firearms). Our protocol definition of active killer is: “One who attempts or commits Rapid Mass Murder©”. Our protocol for Rapid Mass Murder© for good reason, excludes normal crimes, terrorism, street gang activity, crimes of military or police, private property and focuses on the random actors whose sole intention is attempting rapid mass murder of innocents. (See Active Killer Salt Licks).

All action begins in the mind. Here I address the sick minds of rogue human murderers. In 260 incidents that meet the protocol inside our Stopwatch of Death© database back to 1975, evidence emerges eventually revealing numerous unstable or troubling symptoms, NUTS© for short. This has been true in almost every case. Various numerous unstable or troubling symptoms have been known by others beforehand, just how numerous they are will be totaled by investigators. Sometimes the active killer will have been diagnosed by a professional as being mentally ill and  either on-or-off prescribed medication before the incident. See Inside the Minds of Mass Killers by Daniel Lende and the following video: Forensic psych on violent minds by Dr. Mullen.

I have been collecting data and researching active killers for over a decade, developing an exclusive and specific database. Professional writers have interviewed me, and I have written my own articles. Regarding active killers, officers from ten states came to SEALE Regional Training Academy to attend my proprietary course involving initiation by Single Officers Lifesaving Others© response to Rapid Mass Murder©. I have sat on three different expert panels in three states. Developing a typical profile for these random acting murderers is both necessary and possible. Based on research and definable characteristics, here is my humble opinion of an active killer profile.

Not necessarily in order of importance and in context, any one of the typical criteria below does not make an individual a potential active killer. Some are red flags all by themselves. However I suggest it is a cluster of several criteria which indicates a greater danger of potential for Rapid Mass Murder©.

1)    NUTS©: Possesses a standout of Numerous Unstable or Troubling Symptoms©. Some have been clinically diagnosed before the incident as mentally ill. Murder starts in the mind.  If Rapid Mass Murder© occurs at a hospital, typically it is at or near the psychiatric section.

2)    Oddball, typically avoided by his peers. Any cliquish, unfair treatment, ridiculing, playing tricks on or any embarrassment of these NUTS© may result in deadly pay-back. Remember, a few of these rogues have murdered their own parent/parents before going to their main target.

3)    Immature. The human mind does not fully mature until around age 25, or even older according to new UK research. However a sick or evil mind acting out can occur at any age.

4)    Planner, preparer and researcher of previous Rapid Mass Murder© incidents.  Often shares their evil intent with one or more persons. Reconnoiters and rehearses his plan.

5)    An age connection very close to targeted victim pool. Exceptions are pre-school, kindergarten and elementary school massacres, where the active killer is typically much older than the victims.  School and workplace killers have been commonly been a suspended, fired, or expelled, former student or employee.

6)    Suicidal, often having spoken about or actually attempted suicide previously. The other side of the suicide coin is homicide. He may prefer suicide by cop, self-inflicted gunshot at or off-scene.

8)    White male, typically seeking retribution for a real or perceived wrong and or to achieve notoriety or infamy. Most seem to be affected by the copycat effect using Columbine as a role model.

9)    Cowardly, rarely distinguished with any positive trait of courage. Avoiding a fair fight, he is seeking to quickly ambush and massacre unarmed defenseless innocents before police can arrive.

10)  Access to weapons:  (Arson, Edged weapons, Explosives, Firearms, Etc.) Tools used in Rapid Mass Murder© may be owned by the Active killer or stolen from relatives or friends.

Author Ron Borsch served our country as a paratrooper in Viet Nam, served the community of Bedford for 30 years as a police officer and trainer, thereafter was commissioned by seven SEALE Chiefs to found, manage and serve as lead trainer at SEALE Regional Police Training Academy, (attended by 10 states), for a second career of 17 years. Today he manages PACT Consultant Group, which does pro-bono presentations for local churches, civic groups, schools and writes as a hobby. 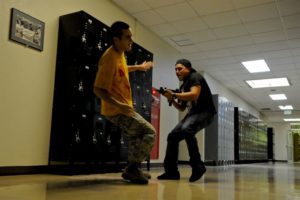 Liked it? Take a second to support Greg on Patreon!

If you feel you have received some value from this site, donations will be gratefully accepted to help support my efforts to provide you with the best firearms and self protection advice on the internet.